The main objective of the collaboration between Brand42 and Bloodwise was to bring clarity to this new brand, previously known as Leukaemia & Lymphoma Research, ensuring that the three key pillars were equally represented on this all new, online digital offering - Research, Patient Experience, and Fundraising.

Some of the existing equities that previously defined Bloodwise were kept, streamlined,  and built upon so the Charity was still recognisable, with the user experience being built from the ground up.

Building on equities already existing in their branding, Brand42 were able to create a distinct identity by introducing a full spectrum of red to the charity’s colour pallet, retaining the much recognised original Leukaemia & Lymphoma Research red at its core. This helps the Bloodwise site stand out against the already crowded marketplace of the charity sector. 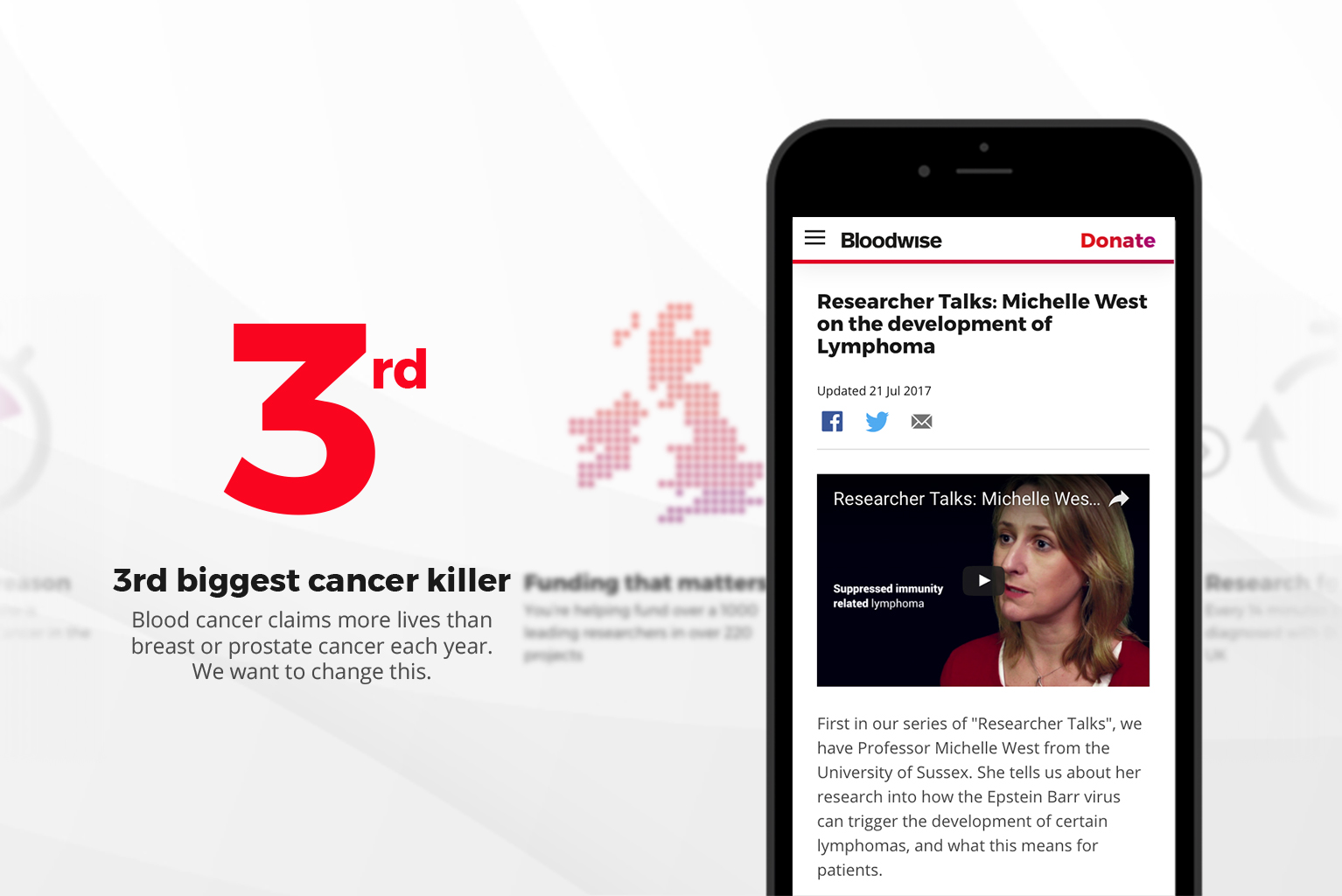 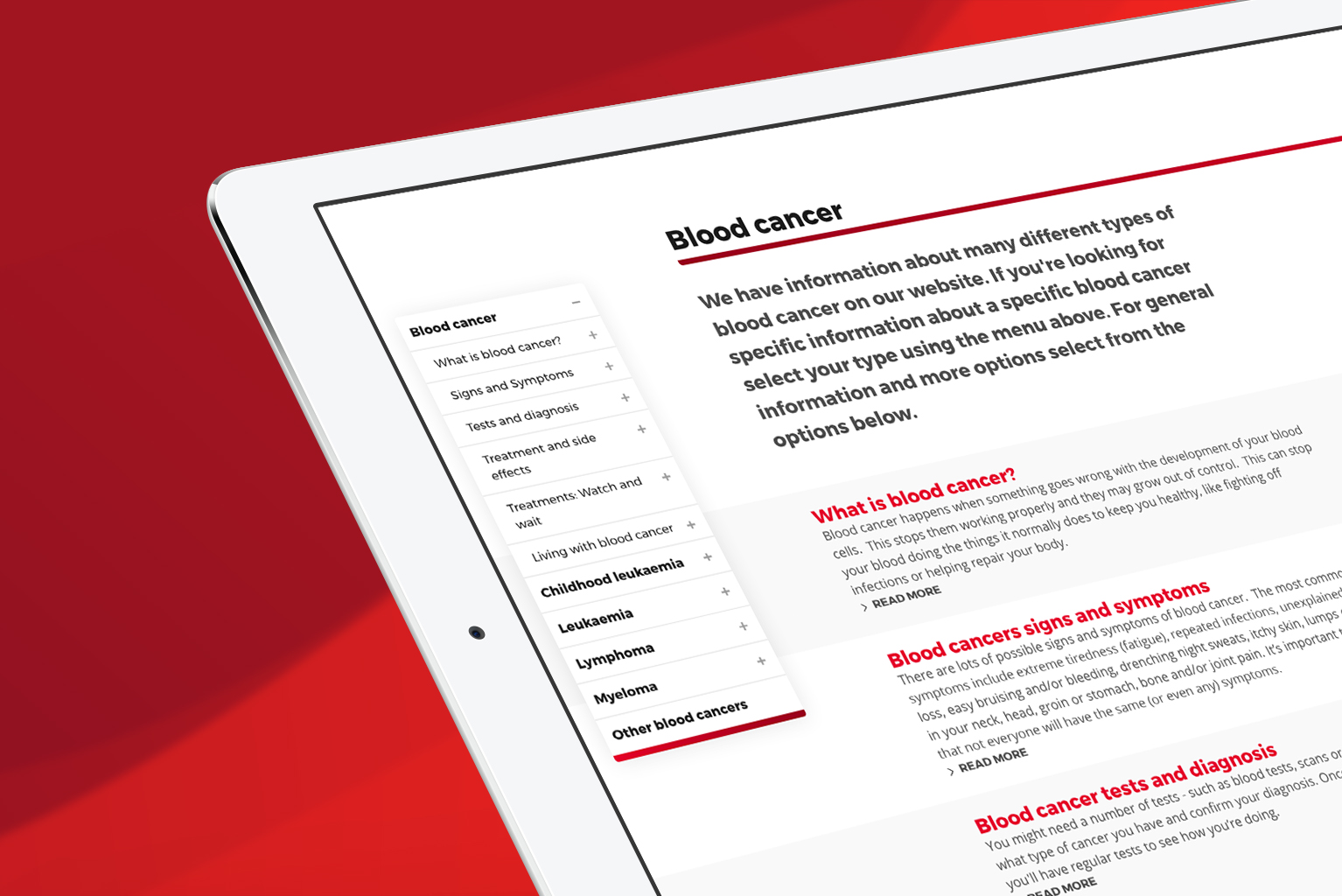 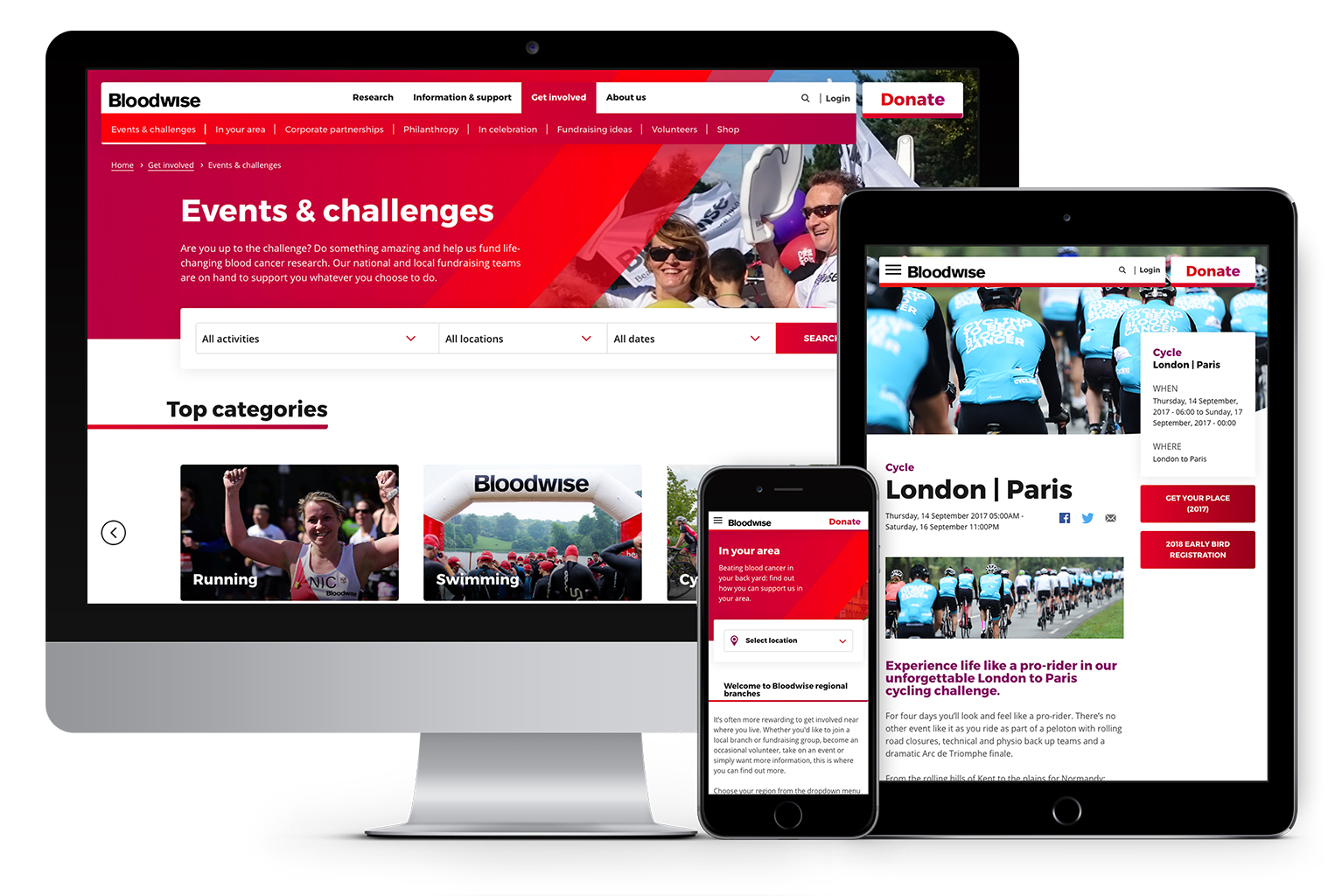 “In my role as acting CEO for the past year we have come up against many challenges to get the new site off the ground. It certainly has been a fully transformative process, and having Brand42 helping us lead the charge on this, and be by our side throughout has really helped motivate the team here, and offered a reassuring presence. The site is looking fantastic, and finally gives full representation to the research side of the charity which is something we’ve been trying to do for a while. All in all it’s been a great partnership.”